Restorative justice has been used successfully in a number of hate crimes and bias-motivated incidents. Because of its focus on community and community resources, it is in a unique place to advance healing not just for the immediate victim but for others from the same community who are indirectly targeted by the offender.

IRJRD encourages the use of restorative justice dialogue for bias-motivated violence and intimidation. It has provided consultation to the Austin/Travis County Hate Crimes Task Force through the following activities: 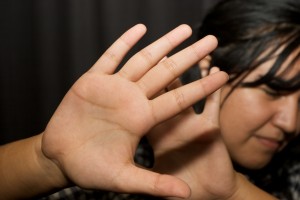 IRJRD promoted the use of modified versions of restorative justice practices for domestic violence through the following activities:

The use of restorative justice on college and university campuses is a growing trend.   Institutions of higher education are experimenting with a variety of possibilities.  The 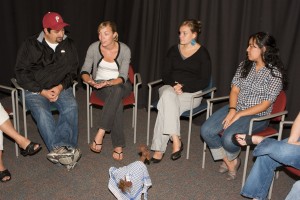 University of Colorado at Boulder has the largest program hearing over 300 cases in 2007-2008.  Five members of a trained group of students, staff members, and community members hear two cases four days a week.   The University of Michigan at Ann Arbor offers restorative justice options through its Office of Student Conflict Resolution.  In 2007-2008, three-quarters of its 400 cases were resolved by restorative justice and other alternative options.

IRJRD conducted a three-year pilot program of Restorative Justice in a K-12 setting at Ed White Middle School in San Antonio, Texas from 2012 through 2015.  Based on the data from this study, the Texas Education Agency and IRJRD entered a contract agreement in which IRJRD was to roll-out Restorative Discipline state-wide through training sessions conducted at the Texas regional Education Service Centers.  IRJRD, under the guidance of director and founder, Dr. Marilyn Armour, created training curricula, trained facilitators and conducted 2 trainings (Administrator Readiness – 2-days and Restorative Discipline Coordinator – 5-days) at each of the 20 ESCs.  Since completing the terms of the contract with TEA in the Fall of 2017, IRJRD has continued to work with schools and districts by providing Restorative Discipline trainings that follow “Best Practices” and teach those principles and practices accepted as authentically restorative by the world-wide community of restorative practitioners.